Posted on October 3, 2016 | Comments Off on UPDATE – COMMUNITY FORUMS for the 2106 GLEN EIRA COUNCIL ELECTIONS

Your completed ballot papers must be in the mail or hand-delivered to the election office by 6.00 pm on Friday 21 October. 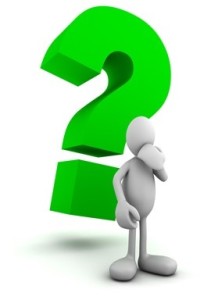 Since scant media attention is paid to Council elections,

Another aspect to consider is that it’s generally believed that postal elections vs. attendance elections, tends to favour the re-election of incumbents rather than the election of new candidates.   Scant media attention, difficulty in presenting and receiving information, combined with a need to make a choice within a short time frame creates an environment which leads voters to select “known names” rather than “unknowns”.  In this regard, obviously current Councillors have an advantage.  During their time in office, they have received mentions and/or been photographed in the local media and the “Glen Eira News”.  On the other hand new candidates are basically starting from scratch.  Time consuming though it is, we urge resident to carefully review all candidates (credentials and platforms) before deciding their vote.

As per GERA’s previous posting we remind readers that to assist residents to make an informed vote in this month’s Council Election, GERA is holding a Community Forum in each of Glen Eira’s three wards.  The issues facing Glen Eira are significant, perennial and increasingly adversely impact all residents and all zones.

Forum details, the first to be held this coming Wednesday ( 5/10),  are as follows

GERA urges all residents to attend to ensure that they cast an informed vote.

While distributing our “Meet the Candidates” Community Forum flyers a number of residents have sought additional information.  To ensure the information is provided to all, these Questions and Answers are summarised below

What is a “stooge” and how can they be identified?

A “stooge” or “dummy” is a registered candidate who is not a genuine candidate but rather a candidate whose purpose is to distract or “trick” unwary voters into voting for them so that their preferences can be re-directed to some other candidate.    The distraction or “trick” being provided by various means, eg identification with ethnicity/cultural groups or associations with sporting clubs or other interest groups

They can usually be identified by how prominently they (the stooge) make themselves known to the broader community during their campaign and their distribution of preferences (usually distributed to a much higher profiled candidate).

The 2016 Council Elections will be undertaken by postal voting (as opposed to attendance voting).   A common feature of postal voting is that voters complete and return their vote within a week or two of receiving the ballot pack (it’s like ensuring you qualify to the pay on time discount except, in this case, it’s vote early to avoid a possible fine).

Council Election Ballot Packs will be mailed out this week and hence the Forums have been timed to coincide with the receipt of ballot packs and allow for the postal voting pattern.

As an FYI – although most completed ballots are expected to be received, by the Returning Office, in the week of 17-22nd October,  the votes will not be “extracted” and counted until the 22nd.   Additionally, to allow for the receipt and inclusion of votes (postmarked earlier than 6.00 p.m. on 21st October) in the “count”, final election results may not be known for a few days.

The Forum format will be “Town Hall” style: