The first Ordinary Council Meeting of the new 2016 – 2020 Council was held last night and, within the first week of taking office, positive changes that encourage public participation at Council Meetings have been made.  Further changes are being planned for the future. 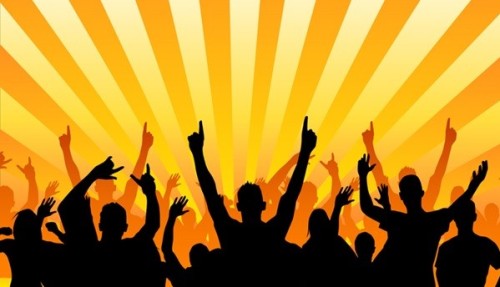 As promised, by Mayor Delahunty during her Mayoral Acceptance Speech, a motion was presented to suspend meeting Standing Orders (Local Law) and to enable an impromptu Q&A session to occur at the start of the meeting.  The gallery was permitted to submit written questions (Request to Address Council Form) to Council – these questions being in addition to the formal public questions presented at the end of the meeting.   The motion passed 7 to 2 (Crs. Hyams and Esakoff dissenting).

A number of residents took advantage of the Q&A session.  The questions discussed, within a necessary 15 min. timeframe, related to

Questions not able to be answered within the timeframe were discussed with individuals after the meeting closed.   The answers to questions were positive, appropriate and open.  Indeed, in response to the 2nd Ormond Sky Tower question, the Mayor and CEO, revealed  a new and welcome initiative – Council is to undertake strategic work and public engagement on enlivening the smaller “convenience” shopping strips located outside Glen Eira’s 3 major activity centres.

The gallery was clearly appreciative of Council’s

Residents were also enthusiastically supportive of another departure from previous Meeting practices.   Rather than each Councillor speaking to each agenda item, Councillors only spoke to those items which held a specific interest for them.  This made for a succinct and relevant discussion of the issue/s (and sometimes humorous interaction between Councillors and Executive Officers).

Since, there were no in-camera items on the agenda (not usually the case), after the close of the meeting, all Councillors and the CEO entered into informal discussions with the gallery.  Another well received divergence from past practices.

In short, GERA’s summation of the first Ordinary Council Meeting of the newly elected Council is “Good Job Council”.

Some food for thought

In order to ensure the change momentum continues into the future (particularly when the contentious planning issues arise), it is essential that residents continue to engage with Council.   Residents have just elected a Council that is showing all the previously missing signs of being representative and receptive, residents now need to give Council a community that actively participates and works with them.