For those who don’t know in 1858 a Crown Grant established the Caulfield Racecourse and Recreation Reserve with 3 separate yet equal purposes – racecourse, public recreation ground and public park (Caveat on Title).  Yet over the past 20  years lack of oversight and mismanagement (State Government and Board of Trustees) has allowed racing and racing’s commercial activities to dominate the reserve to the exclusion of the public park purposes. 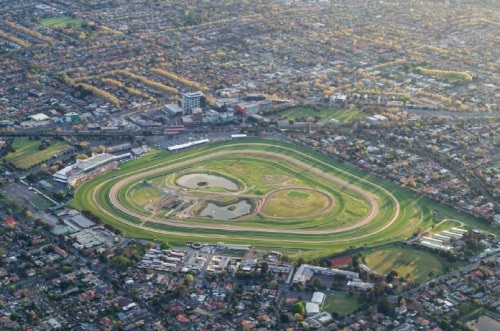 The scathing September, 2014 Auditor General Report into the management of the reserve graphically identified the current  imbalance in usage of the Reserves 54 ha (valued at $2bn), that has resulted from that lack of oversight and mismanagement, as being

It is now almost 2.5 years  since the AG’s Report and, although “opening up” the Reserve for public use by the surrounding communities of Glen Eira and Stonnington would be significant*, only scant information is available on progress and little has been achieved at “ground zero”.  Therefore, GERA, in conjunction with the Malvern East Group (a.k.a. Stonnington residents group), invites you to a Community Gathering at Caulfield Racecourse between 6.00 & 8.00 pm on Wednesday, 15th February, 2015.

The purpose of this event is twofold

We hope you will be able to attend.

*Significance of “Opening Up” the Reserve