With the upcoming  community forum (27/7/2017) on Draft Concept Plan (prepared by Council, in conjunction with the Victorian Planning Authority) for the mammoth East Village development we thought it appropriate to draw attention to the below Leader Article.

Further details and documentation on the Draft Concept Plan are available on Council’s website.  An opportunity for residents to comment on the Plan is also provided. 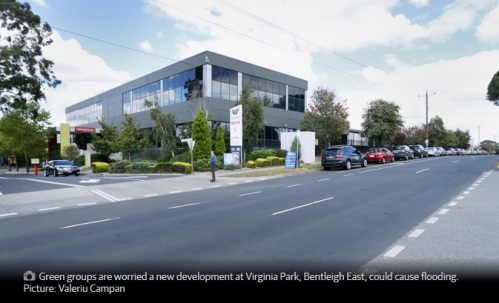 THE proposed multi-million dollar East Village development in Bentleigh East must include a lake or wetlands to prevent flooding, environmentalists say.

The site, formerly Virginia Park, is on East Boundary Rd and was used as a business estate in the ’90s.

Developers are planning to build a precinct with a retail centre, housing, retirement accommodation and a school.

He said that without a lake or wetlands for the development, the water would run down the storm water system and increase flooding in Elwood.

Make Property Group director, and a site landowner, Kris Daff, said mitigating flooding was “definitely on the radar” for the development.

He said sustainability was a “key consideration”.

“One of the core things we’ve committed to is to be environmentally sustainable at multiple levels,” Mr Daff said.

“Council has partnered with VPA due to its experience with large urban renewal sites,” he said.